With 40% of the bees disappearing beekeepers were scrambling to prove culpability of the systemic pesticides for colony collapse disorder. Although, it was believed to be the fault of the pesticides all along.

"Mad bee disease," as it quickly became known among French Bee keepeers, was caused by pesticides that are transported in the sap of a plant from the seed up through the stem into the leaves and flowers. Here, they contaminate nectar and pollen and hence any insect that picks them up – including bees.

Systemic pesticides that attack the insects nervous system, have been implicated in the worldwide collapse of honeybee colonies. These pesticides are WIDELY used on over 140 commercial crops.

The strange disorder was first discovered by David Hackenberg, a commercial US beekeeper who opened his 400 hives in Florida in 2006 to find his bees had disappeared. He has always blamed systemic pesticides.

Only now, armed with the alarming results of the new groundbreaking trials we can say with confidence that these pesticides do contribute to the death of bee colonies.

List your favorite or find a new one to try! 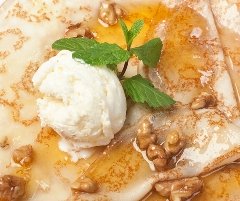 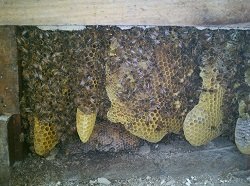 If you see bees going in and out of a structure, you may be in for a surprise as to what is behind the wall.